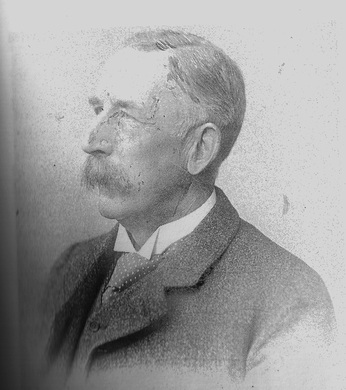 Hampton Cottages Charity was established by a legacy from William Brittain-Jones of Ashgrove, Knockholt "to provide housing for poor persons of good character emanating from within the Parish of Knockholt".

There is little information about William Brittain-Jones Esq. but we do know that he was the son of a Rev. W. Jones and that he was educated at University College School, London matriculating in 1851.  He was called to the Bar from the Inner Temple and entered the Bengal Civil Service in 1856.  He lived in Hyderabad, India from
1882-3 and was the Chief Commissioner of the Indian Central Provinces in 1883-4.  He was awarded the C.S.I. (Companion of the Star of India) in 1883, moved to Ashgrove, Knockholt in 1884 and retired in 1885.

He chose the name “Hampton” for the cottages "so that the trustees might do the same for selected villagers who had been an example to others as the King did at Hampton Court for servants of the State".

The charity consists of ten cottages on land situated in Knockholt, Kent.  Mr. Brittain-Jones directed that the charity should be administered by the Rector and Churchwardens of the Parish Church of St. Katharine, Knockholt - as it is to this day.

Life has changed dramatically in the last hundred years but demand for Hampton Cottages is still as great as it always has been.  There are two major reasons for this:-

(1) the weekly maintenance contribution paid by residents is very affordable because the charity has few fixed expenses, such as rent or mortgages, and no paid employees
and
(2) the cottages are well maintained and kept up to modern standards.

However, times have not always been easy.  Until 1967 the cottages had no bathrooms.  Cottages 1 - 4 only had small outhouses at the rear incorporating toilets (which must have been very cold in mid-winter) so a 25 year mortgage loan was obtained from Bromley Council to enable the provision of  indoor bathrooms.  Even in 1990/1 the properties did not have central heating but a major refurbishment project at that time completely modernised the cottages including the provision of full gas fired central heating.  En-suite toilets were also constructed adjacent to the 1st floor bedrooms to ensure that elderly residents no longer had to negotiate the very steep Victorian style staircases in the middle of the night.  The overall cost of the 1991/2 refurbishment project, which took over six months to complete, was in excess of £350,000 and was mostly paid for by a grant of £332,000 from The Housing Corporation.  All this would not have been possible without the invaluable support and assistance of The National Association of Almshouses.

The Trustees endeavour to maintain the properties in good condition and to that end all the wooden windows and doors were replaced between 2007 and 2009 with UPVC hermetically sealed double glazed units.  These were designed to replicate the style of the old wooden units to preserve the aesthetic appearance of the cottages.  In total 26 doors and 48 windows were replaced at a cost of £45,000.

For many years now the properties have had the benefit of a Piper alarm system.  This system is linked to a remote central monitoring control centre in Borough Green run by Russet Homes in conjunction with Invicta Lifeline.  This service provides 24 hour emergency telephone and smoke detector activation coverage.  All residents are provided with a remote control which they can wear either as a necklace or a bracelet which enables them to call for help in case they are immobilised by a fall or for any other emergency.  Both smoke detectors and CO2 detectors are provided for additional safety, the smoke detectors are linked to a remote monitoring control centre. Additionally, all the properties have now been fitted with step-less walk-in showers as these are much safer and easier to use than baths.

Quinquennial inspections are conducted by qualified surveyors to ensure that the properties are kept in good order and to identify any issues which could cause future problems. In 2004 new central heating boilers were fitted at a cost of over £20,000 - annual gas safety checks are carried out by qualified engineers to ensure the safety of residents. The cost of the quinquennial works in 2002 was £50,000 and in 2009 exceeded £40,000.

In 2010 the roofs of  5-10 were completely renewed at a cost of £75,000 and in 2011 the roofs of 1-4 were replaced at a cost of £50,000.  In 2013 we began a programme of refurbishing all the kitchens, the budget for this is in excess of £55,000. Despite all the expenditure over recent years the charity remains financially healthy and the Trustees are fully committed to maintaining an adequate reserve for extraordinary repairs and maintenance to ensure the future comfort, security and safety of our residents.