The refurbishment programme of 1991/2

In 1991, after several years of campaigning to raise funding in the form of loans or grants, and with the invaluable assistance of The National Association of Almshouses, the charity obtained a grant of £330,000 from The Housing Corporation.  This was indeed fortunate as the charity had virtually no cash assets at that time and Banks and other lending institutions seemed to have little or no appetite for lending despite the fact the charity had no debt and was able to demonstrate a positive and sustainable cash flow.

The cottages were in very poor condition prior to the refurbishment, there was no central heating - just an open fireplace in every room - including the bedrooms.  As a result there was a lot of damp - clearly this was not ideal for the health of the elderly residents.  One or two residents had made some minor improvements to the cottages at their own expense but by and large the great majority of cottages were in a very poor state.

The works included repairs to the roofs, replacement of internal walls and ceilings, relaying of drains, replacement of water and gas pipes and complete electrical re-wiring and installation of new electric control panels to comply with modern standards.  Additionally, new kitchens and bathrooms were fitted including the installation of an upstairs "en suite" in the eaves adjacent to the main bedrooms containing a toilet and wash basin.  The work took over six months and, being so comprehensive, required that all the residents be relocated elsewhere in the district while it was being completed.  The Trustees were certainly not particularly popular with the residents at the time!

With perfect hindsight it has become clear over the years that the way in which the grant scheme was administered was not ideal as the charity was forced to accept the least expensive quotation of those received.  Over subsequent years it has been proven that cheapest is not always best and that is why we have just had to spend circa. £125,000 replacing the roofs only twenty years after they were last refurbished.  It is to be hoped that the new roofs will last significantly longer this time.

All this could not have been achieved without the generous help and support of The Housing Corporation and The Almshouse Association and logistical assistance from the Housing Strategy Department of Sevenoaks District Council which helped us with the temporary relocation and housing needs of our residents. Several were housed in Hamlyn Court, Riverhead while others were found accommodation in Sevenoaks and Brasted.

The photographs below were taken just before the refurbishment programme took place in 1991 and give a graphic illustration of the sad state of repair of the cottages at that time.  The lady demonstrating the damp cupboard is Mrs. Diana Ball a former Trustee of the Charity who gave Hampton Cottages Charity many years of invaluable service.  The Gentleman taking the photographs outside the kitchen window is Diana's husband Peter who sadly passed away last year.

The almshouses were officially re-opened in late 1992 with a ribbon cutting ceremony presided over by Professor Sir. David Waldron Smithers of Ringfield, Knockholt (now sadly deceased) whose family had provided generous support for the charity since its inception in 1912.


The photographs below were taken in 1990.  They graphically illustrate the sad state of the cottages prior to the refurbishment works. 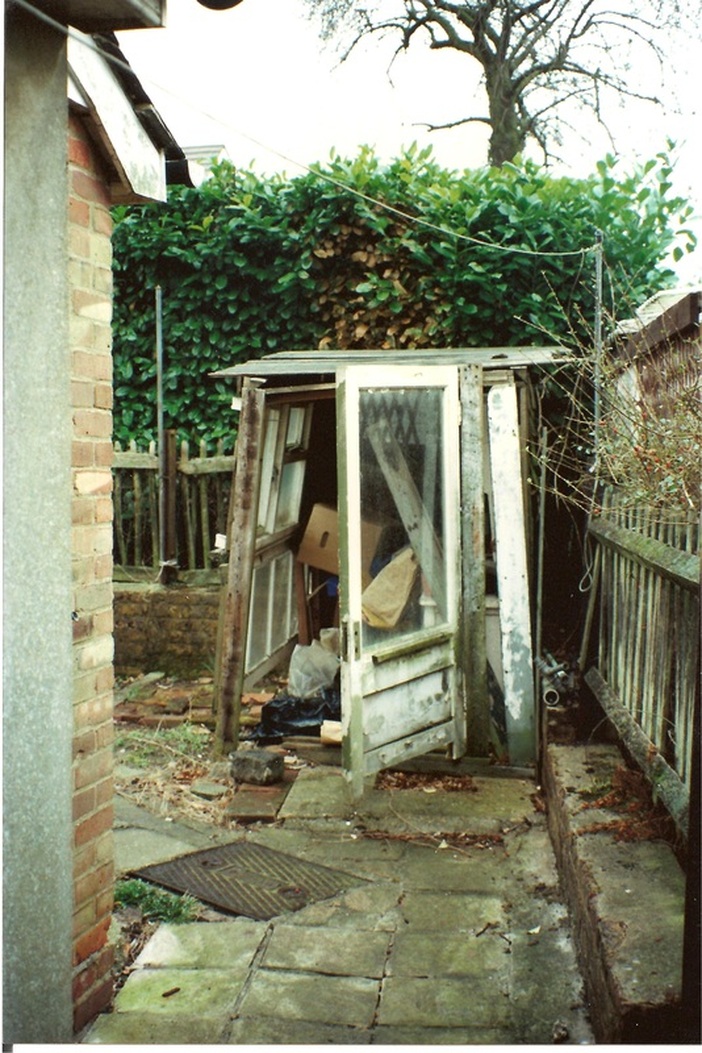 The "State of the Art" Garden Shed at No.5 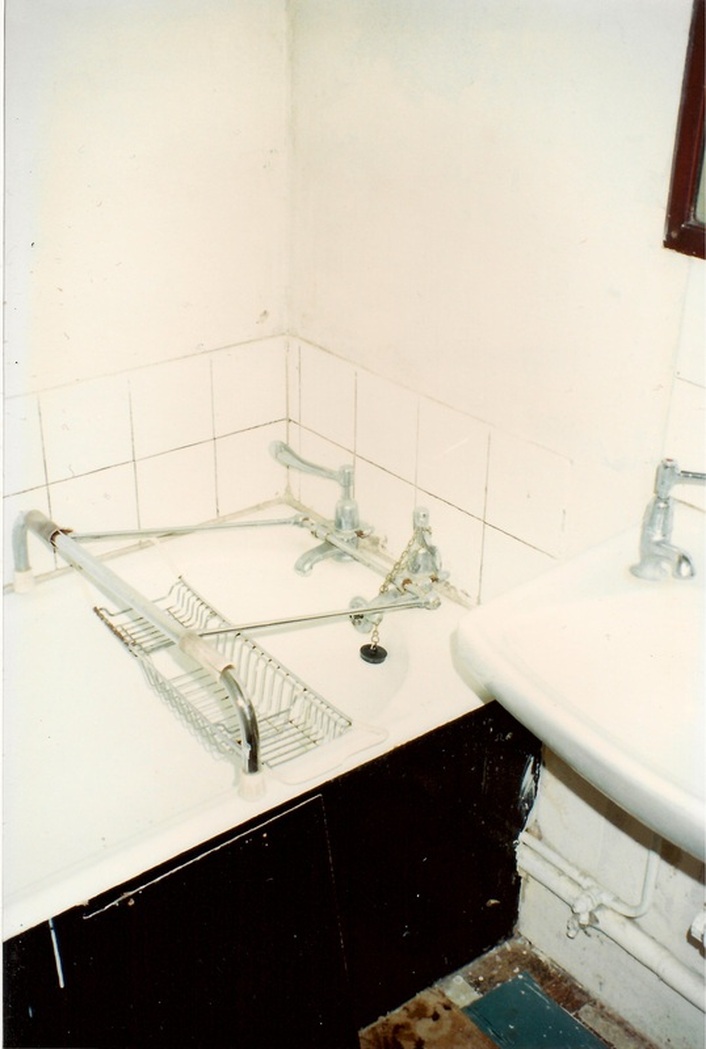 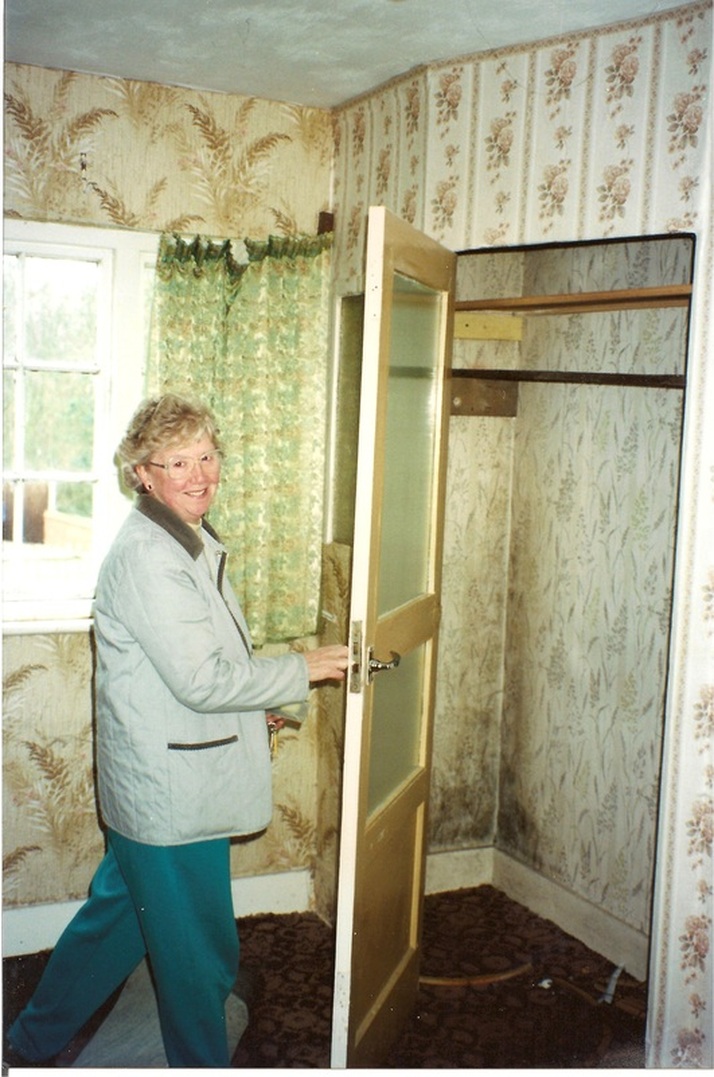 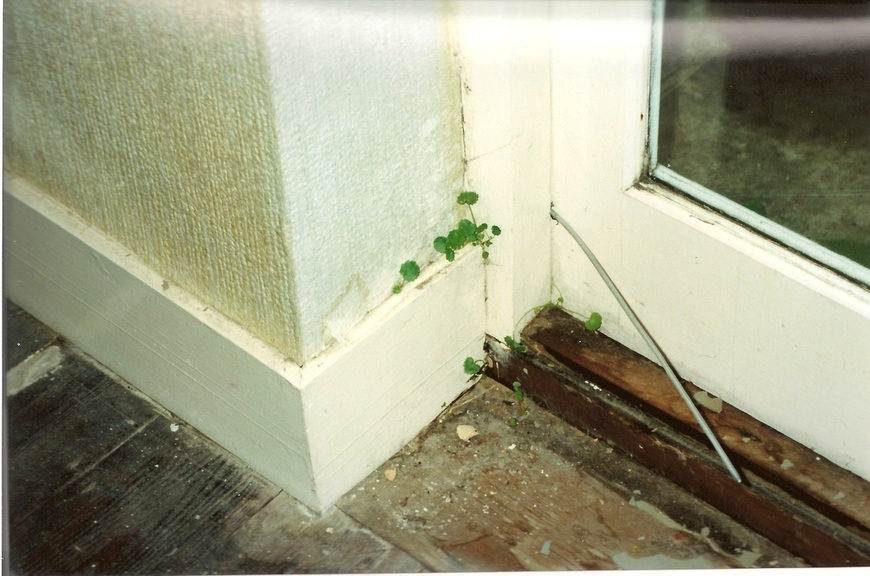 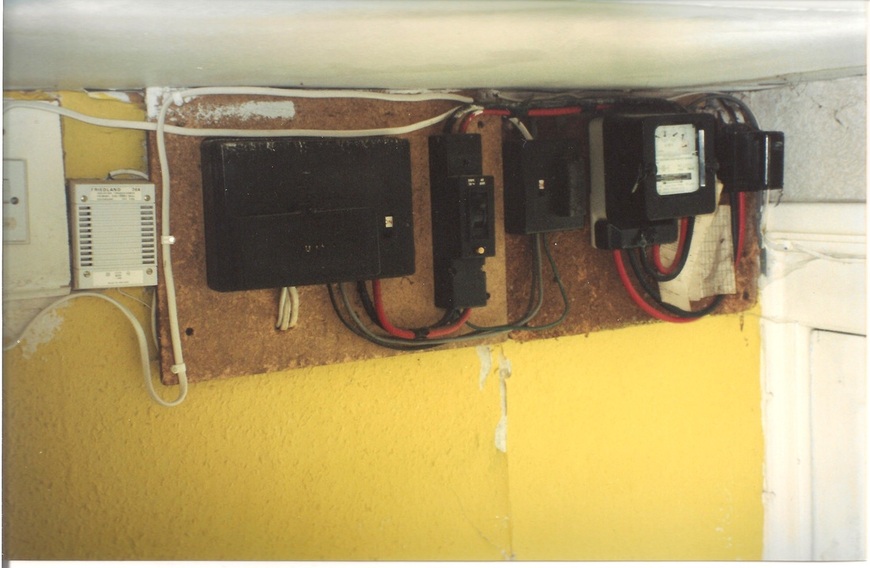 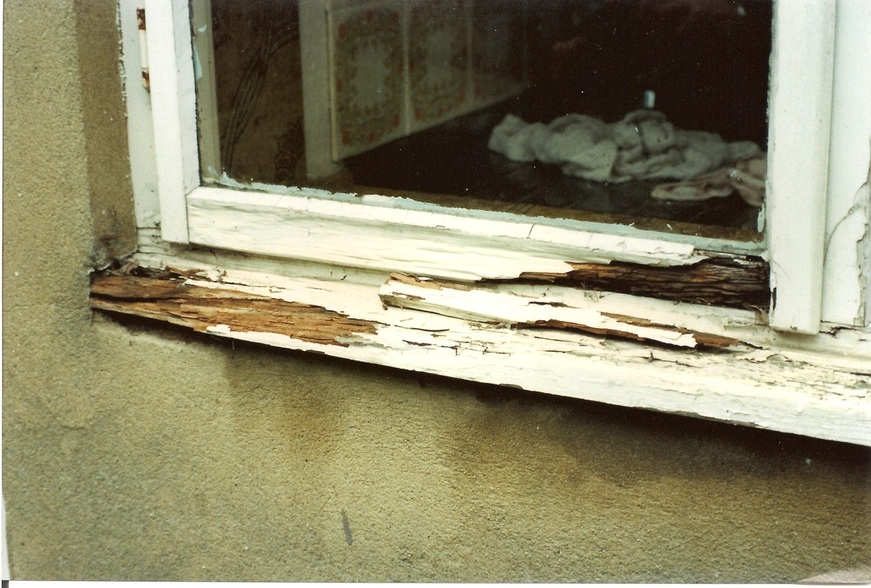 WIndows in need of a paint job! 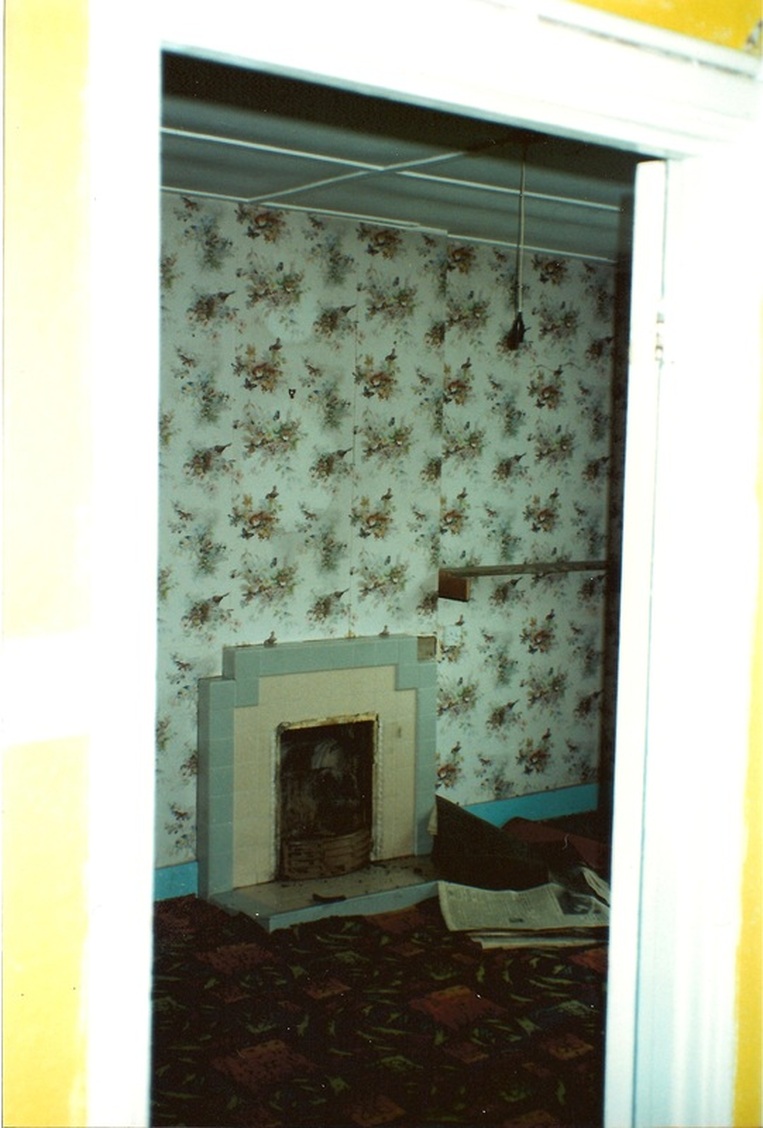 Typical fireplace, not so grate! 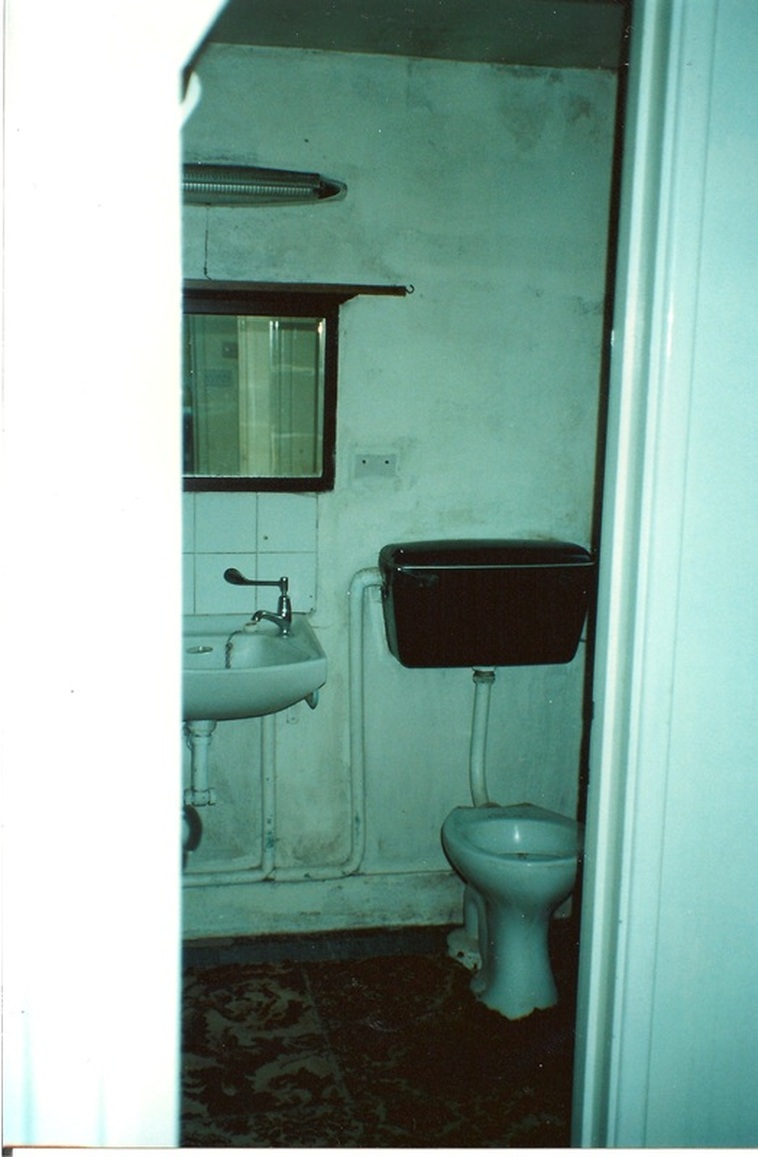 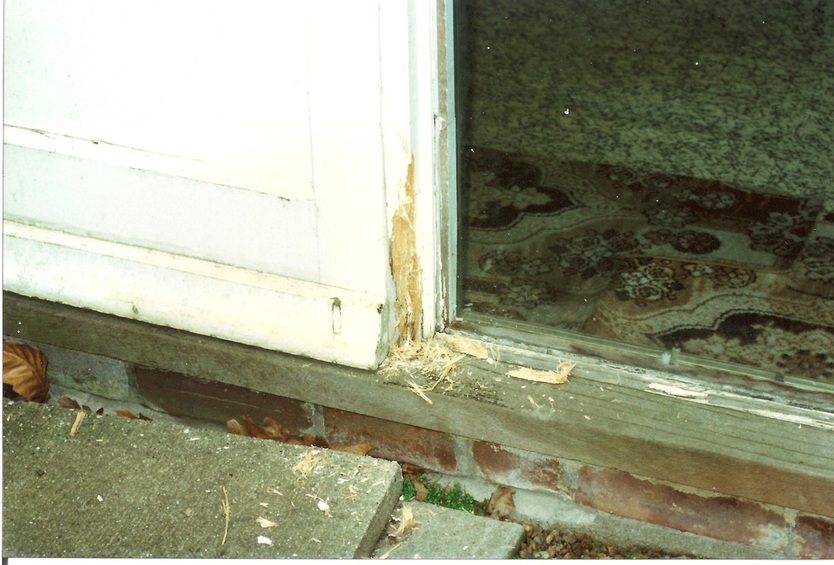 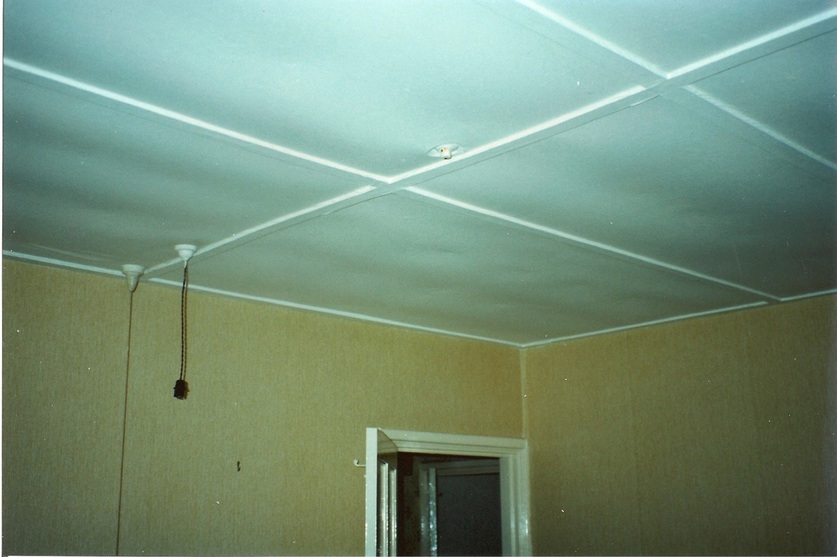 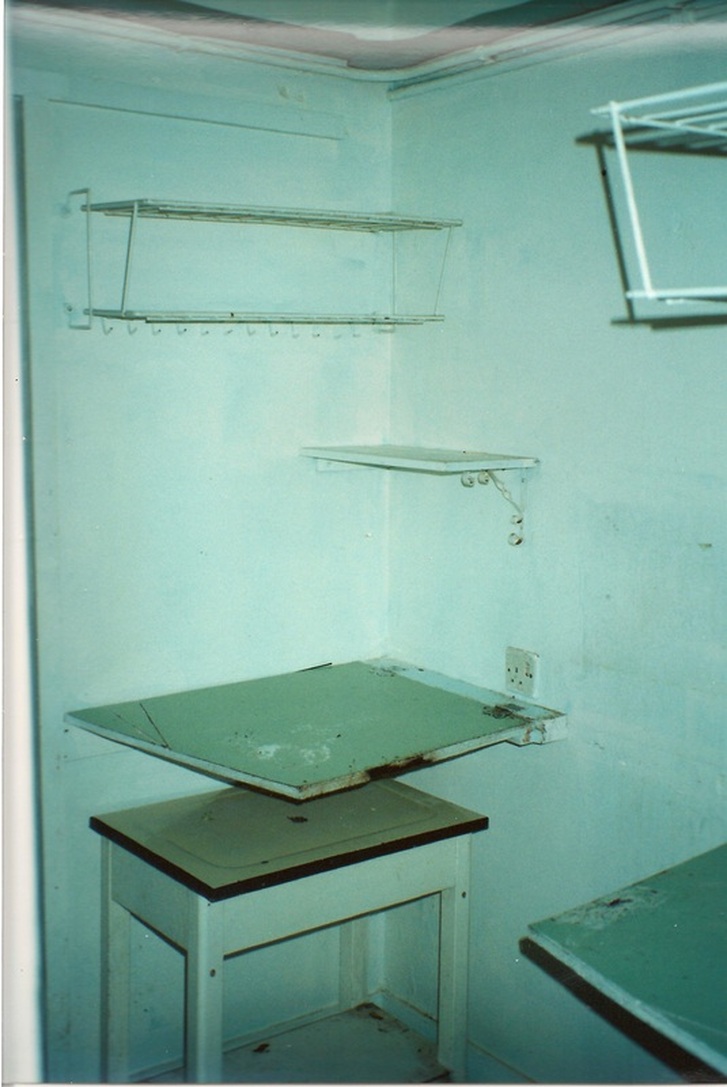 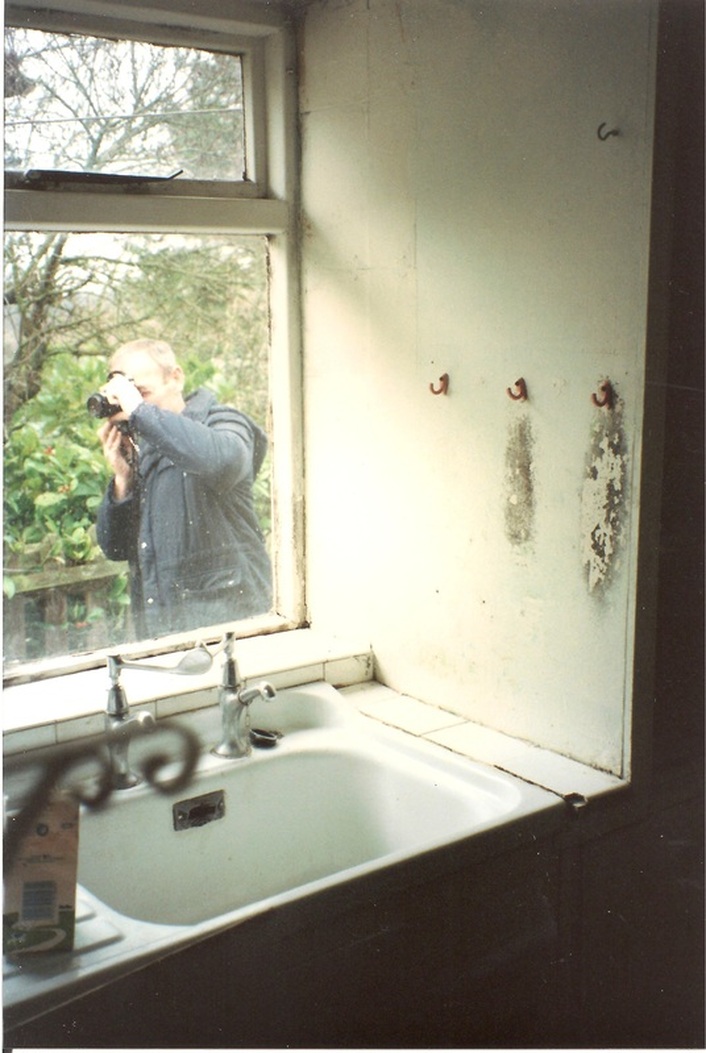 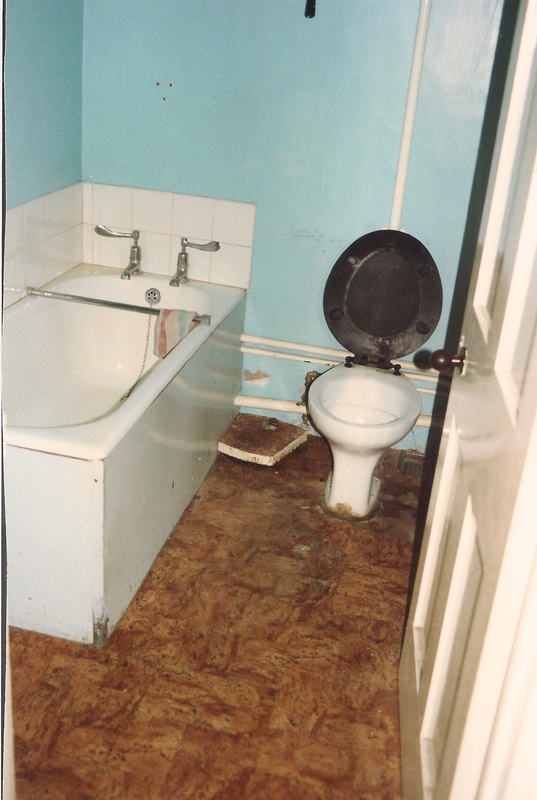